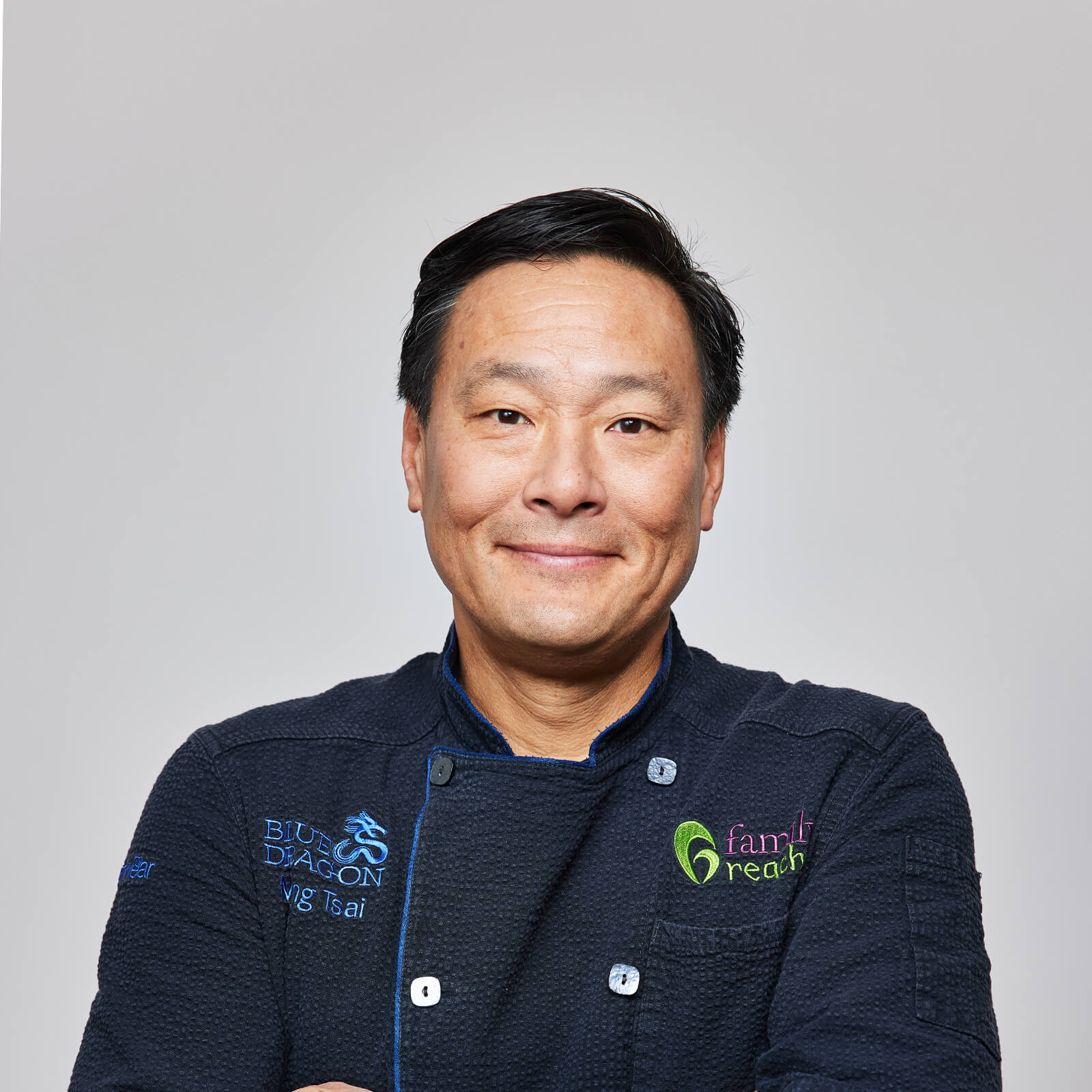 By Ming Tsai & The Fresh Market 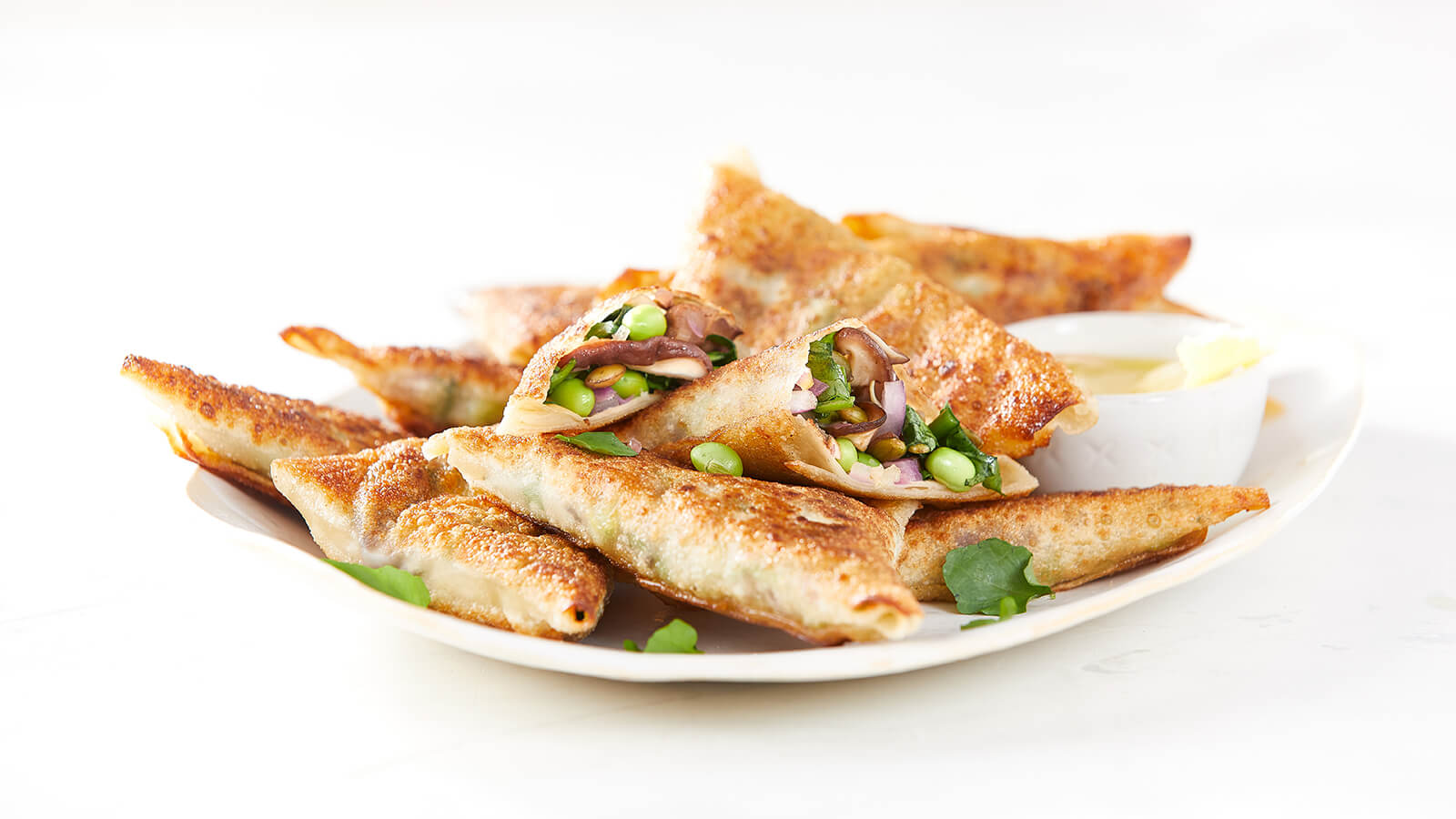 Ming Tsai is Chinese American chef with nearly 30 years of culinary experience under his apron and a lifelong passion for food in his heart. After a childhood spent in his parent’s restaurant, Ming went on to attend Yale and then Le Cordon Bleu in Paris. From there, Ming’s career skyrocketed as he popularized East-West cuisine. He has authored five cookbooks, won Iron Chef and an Emmy Award, opened several award-winning restaurants, and was even inducted into the Culinary Hall of Fame. Chef Ming continues to serve up good food and fun on his long-running PBS show, Simply Ming, and with his latest plant-based culinary venture, MingsBings.

Q: How would you describe East-West cuisine? What does it mean to you?

East-West cuisine is a blending of Eastern and Western techniques and ingredients that produces food that has bold flavors and contrasting textures and temperatures, and at the end of the day, is inherently healthy. I hate the term “fusion.” Fusion is what you do with atoms to create nuclear energy; it’s a forced reaction. East-West cuisine isn’t forced. There’s a lot of bad East-West food out there. I call it “CONfusion” cuisine.

Q: In what ways has your family influenced your cooking and recipes?

Family definitely influenced me. Mom and Dad were both great cooks and still are. My grandparents are all cooks. I used to go to Taiwan often to see my grandparents. Plus, in Chinese culture, when you go out to eat, there is no “kid’s table” and “adult table.” Everyone sits at the same table, so we were exposed to all the foods early on. That’s definitely one of the reasons I’m a chef.

Q: What are a few ways you recommend preparing food to ensure that it tastes good, but doesn’t allow the nutritional value to be lost?

Buy the best products. Don’t cook any product to death. When you cook something too much, you’re going to cook the nutrition out of it.

Q: Your latest venture is a plant-based food line called MingsBings. What is a bing and what was the inspiration for MingsBings?

A bing is a traditional dim sum. We’ve made it better—a bit like a Hot Pocket but more delicious, gluten-free, crispy and in five awesome vegan flavors. It’s really the epitome of East-West cuisine. A bing is an Eastern dim sum, and we’ve incorporated Western flavor profiles. One day, someone’s going to ask, “Have you Bing’d today?” and once we become a verb, we’ve made it.

The inspiration for MIngsBings was my wife, Polly. After she was diagnosed with lung cancer in 2017, she decided to transition to a vegan diet with the hope of lowering inflammation. I created MingsBings so she would have delicious vegan options, even when I wasn’t home to cook them for her.

Q: What are some dipping sauces that go well with MIngBings?

The Original Dim Sum Dipper has been my go-to since I was four years old. It’s made with soy sauce—though we use tamari to be gluten-free—rice flavor and chili paste. It’s awesome with the original bing. I dip everything in that. We also have an Eight-Thousand Island Dipper, which is named after one of my chefs from the Philippines, which has more than 7,900 islands. Our Turmeric Mustard Dipper is made with turmeric, which I’ve used my entire life but is all the rage right now because it’s antioxidant and has anti-inflammatory qualities. Our Sweet Chili Dipper has much less sugar than traditional sweet chili sauce, because we use vinegar. All our sauces can be used for a variety of things, not just dipping—quick pad Thai, sandwiches, fried rice and even hot dogs.

I love sharing them on a big platter with LOTS of dipping sauces. Cooking them in the air fryer is by far the best, smartest and quickest way—16 minutes on high from frozen. A sheet tray also works. Remember they’re pre-dipped in oil, so there’s no oil or spray to add. Put them in the oven at 425 degrees for 10-12 minutes, flip, cook until crispy, pat down with a paper towel, and down the hatch. I do cut them in half when sharing. I like to make the cheeseburger bing with iceberg lettuce, fried shallots, pickle and our Eight-Thousand Island dressing. Tastes just like an In N Out Double Double Animal Style.

Q: COVID-19 unfortunately led many restaurants to close their doors, including your Blue Dragon restaurant in Boston. Post-pandemic, how do you see the restaurant moving forward?

I was very proud of what the Blue Dragon did at the beginning of the pandemic, serving as a food pantry for more than three months. We fed thousands of restaurant employees who were unemployed and really struggled because they weren’t able to participate in the $600 a week unemployment assistance. Becoming a food pantry gave us some hope. We partnered with a local food truck, so we could bring food and supplies like diapers, formula, hand sanitizer, and raw rice and beans to people in their homes. That was quite moving and fulfilling. Though we decided to close Blue Dragon, there is a silver lining. We’re going to start renting the space as a test kitchen and office for MingsBings. So, in a way, it’s worked out.

Q: Why is giving back and community outreach so important to you? In what ways do you use your platform and influence to aid in your efforts?

Our motto at MingsBings is “Eat good. Feel good. Do good.” “Eat good,” because it’s made by chefs—not just me but chefs who work with me. “Feel good,” because plant-based food makes you feel better. If we all ate less meat, the world would be a better place for our children and their children. And “do good,” because a portion of our proceeds benefits the Dana-Farber Cancer Institute, which helped save my wife’s life, and Family Reach, which financially helps families battling cancer. The whole reason for the company is to leave a mark. This day and age, it can’t just be about the money. Nowadays, people want to know that they’re doing something for someone other than themselves and leaving a mark. That’s what MingsBings is about.

Q: Of all the tasty one-pot meals in your cookbook Simply Ming: One Pot Meals, which meal is your family’s favorite?

Asian Sloppy Joe is by far my family’s favorite. The kids would crush that, as would their friends and the adults. In the book, it’s made with pork, but any uncut plant-based substitute would be just as delicious.
Some people say that making Asian cuisine can be intimidating. What are some tips you have on how to easily add Asian flavors to a meal? For those who think Asian cuisine is intimidating, it’s not. It’s no more work than any other cuisine. Lots of prep and cutting, but that’s true for French cuisine, too. All you need is a wok, and my book is a great introduction.

Q: Through your highly decorated and successful career, what would you say has been your greatest achievement?

My greatest achievements in life are my two boys, David and Henry. My greatest achievement in the culinary world is probably going to be MingsBings, because it’s an awesome product. My best accolades are certainly the Emmy for television and the James Beard Award, as well as the Best Chef in the Northeast because it’s an award chosen by your peers.

Q: What was the inspiration for your watercress shiitake bings recipe?

I’ve always said you are what you eat, and I’ve always eaten watercress. It has six times the vitamin C of oranges. Shiitakes are not only meaty in flavor and delicious, but they’re also filled with immune system-enhancing nutrients. The recipe was created to be incredibly delicious and incredibly good for you.